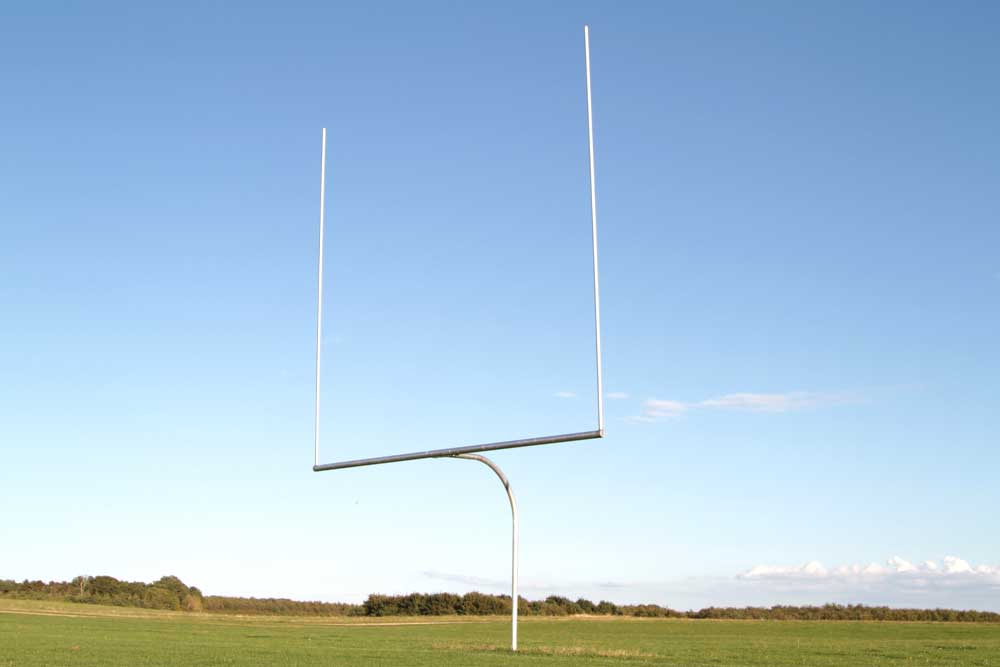 10 Jan The History and Evolution of the Football Goalpost

The football goalpost is a staple of the sport, with its distinctive shape and design easily recognizable by fans and players around the world. But where did this iconic piece of equipment come from, and how has it evolved over the years?

The first known use of a goalpost in football can be traced back to the early 1800s in England. At the time, the game was played on a field with no defined end zones or out-of-bounds areas. Instead, players would simply try to kick the ball as far as possible and then chase after it, with the team that kicked the ball the farthest being declared the winner.

As the sport developed and became more organized, the use of goalposts began to emerge as a way to mark the end of the field and provide a more clear way to score points. The first known reference to goalposts being used in this way can be found in an 1863 edition of the “Football Association Rules.” These original goalposts were made of wood and were relatively simple in design, consisting of two upright posts connected by a crossbar.

Over the years, the design of the football goalpost has evolved in a number of ways. For example, the use of metal instead of wood has become more common, as has the addition of padding to the base of the posts to reduce the risk of injury. In addition, the size and shape of the goal posts has changed, with the width of the crossbar being increased and the upright posts being angled outward for added stability.

Sorry, the comment form is closed at this time.